The Five Greatest French Egyptologists of All Time 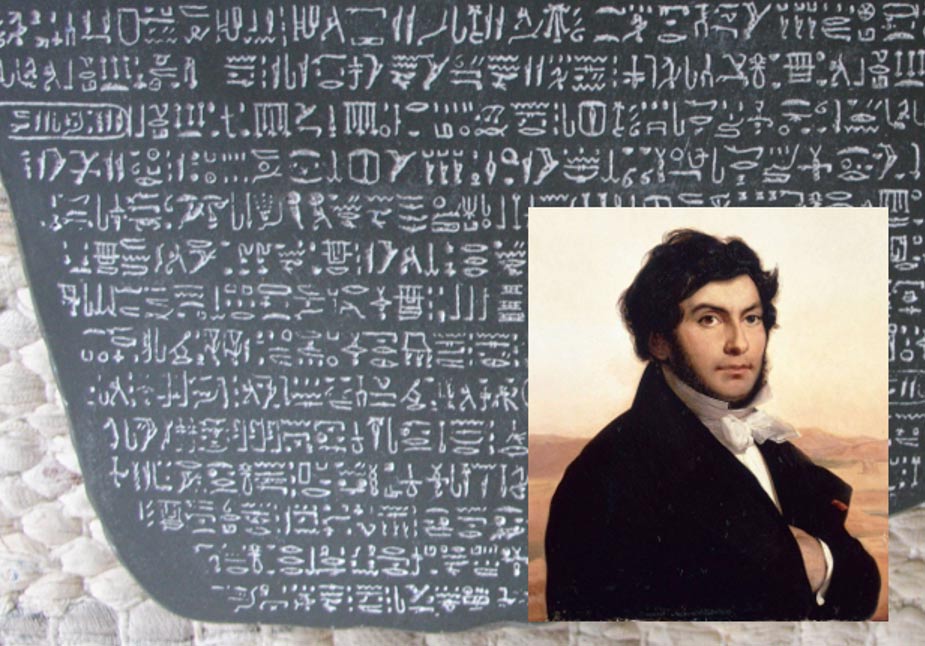 Jean Francois Champollion made our #2 spot

Today in Egypt, so many brilliant Egypt-born Egyptologists lead important excavations. It’s high time! Native Egyptians have finally climbed to the “top of the pyramid” on archaeology digs – taking pride and ownership of their own great heritage.

Over the last 200 years, however, it was foreign teams – British, German, French, Czech, Polish, American etc.- leading most excavations. Certainly, the French have made a particularly outstanding impact — revealing what’s under the sands of Egypt and a great deal more. Exploring, restoring, excavating, preserving, mapping, analyzing and decoding all the lost secrets of the Pharaohs!

Interestingly it was a French Jesuit priest from Lyon, Father Claude Sicard (1677–1726) who was one of the early modern explorers in Egypt, visiting between 1708 and 1712.

His initial aim?  To convert Egypt’s Copts to Catholicism.  Sicard was the first European to locate ancient Thebes, identifying the ruins of Luxor and Karnak temples, exclaiming: “Its remains are magnificent and more extensive than it is possible to imagine!”

Perhaps most significantly, Sicard produced the earliest known map of Egypt by a European during his time as the Supervisor of the Jesuit Mission in Cairo.

Sicard was a significant French explorer and cartographer in Egypt. However, amid a long and illustrious list of French greats who came to Egypt and made an impact, he does not quite make the top seven cut. 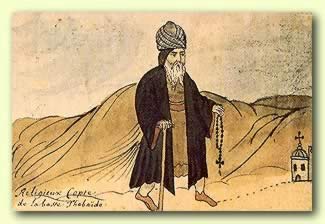 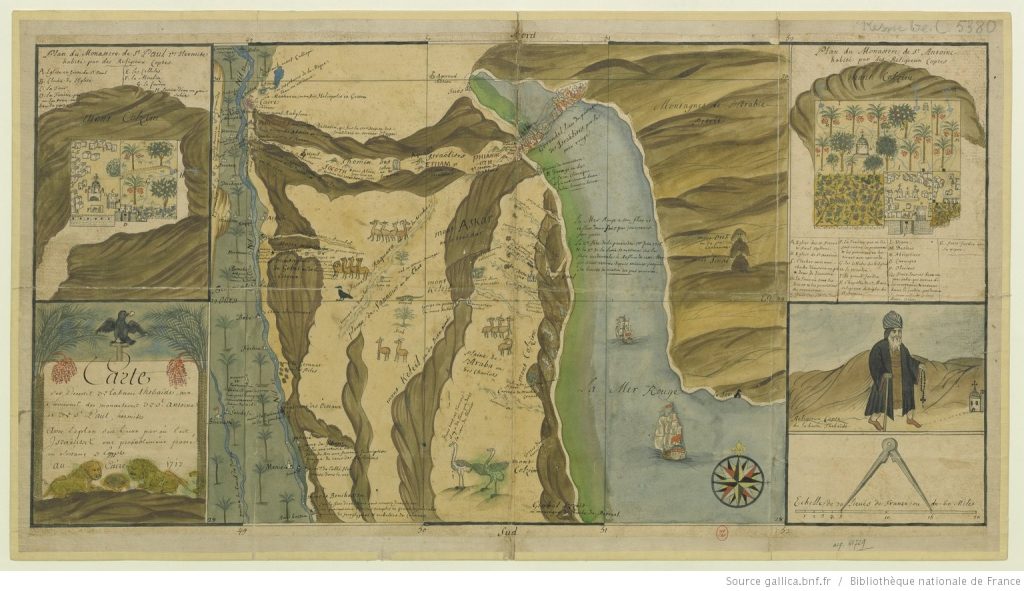 The extraordinary ‘Savants’ of Napoleon, 1798

Then there is the great Napoleon expedition of 1798, of course, and his group of 161 savants.  These were exceptional Parisian artist, scientists, astronomers, engineers, naturalists, physicists, doctors, chemists, botanists — all tasked with drawing, measuring, and classifying everything they encountered up and down the Nile.

These men of arts and science mapped the land, carefully sketched the antiquities, flora and fauna — and brought knowledge of this exotic land to Europe during the Age of Enlightenment. The unveiling of Egypt by these savants in the 24-volume Description de l’Egypte ignited Egyptomania around the world. They certainly inspired the first Egyptologists.

It was these same men who also found the great Rosetta Stone, in a Ptolemaic temple wall west of Alexandria, only to have it seized a few years later by the British, their arch nemisis.

As extraordinary as their impact on our understanding of Ancient Egypt today, there are 161 of them. For that reason and that alone, they do not make this list! 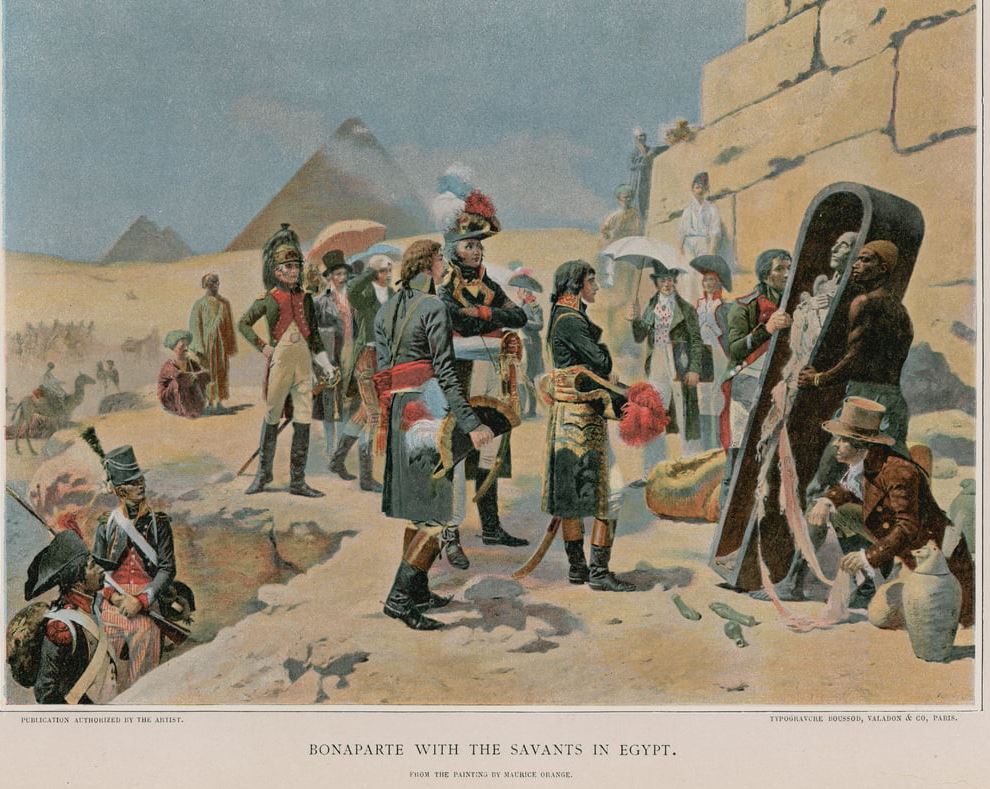 Here are our picks for the Five Greatest French Egyptologists of all time:

The exquisite treasures of Tanis

The discovery of a magnificent and intact Pharaonic necropolis at the great city of Tanis – made famous from the Indiana Jones films –was one of the most dazzling finds of the past century from Ancient Egypt. It was a find as opulent in grave goods as Tut’s tomb ( with gold masks, lavish jewelry and both gold and solid silver coffins) yet it failed to spark the media frenzy of Howard Carter’s Tutmania. Why? The reason is simple: timing.

Pierre Montet was an extraordinary Egyptologist – a student of Victor Loret at the University of Lyon. Prior to his ground-breaking discovery at Tanis, he worked in Lebanon, unearthing Middle Kingdom era tombs of Byblos rulers.  He later became professor of Egyptology at the University of Strasbourg.

His discovery of the royal graves in Tanis with their priceless treasures contributed to our knowledge of ancient Egypt’s murky Third Intermediate Period and its Libyan kings (21st and 22nd Dynasty).  You can view these stunning silver and gold treasures at Cairo’s Egyptian  Museum at Tahrir Square, where they remain a highlight of the museum’s collection. 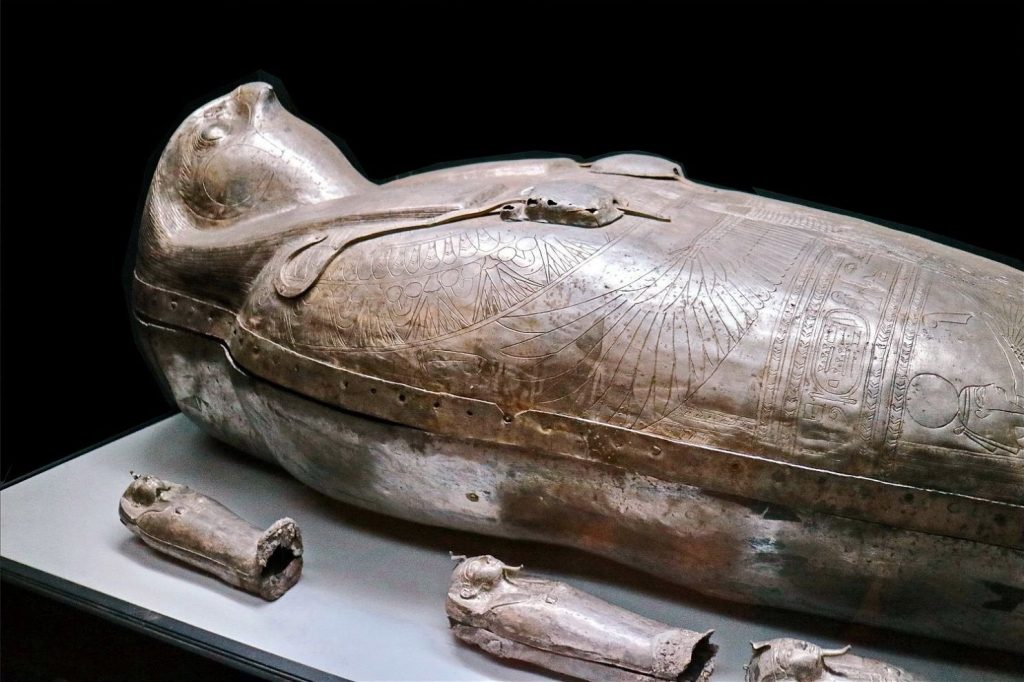 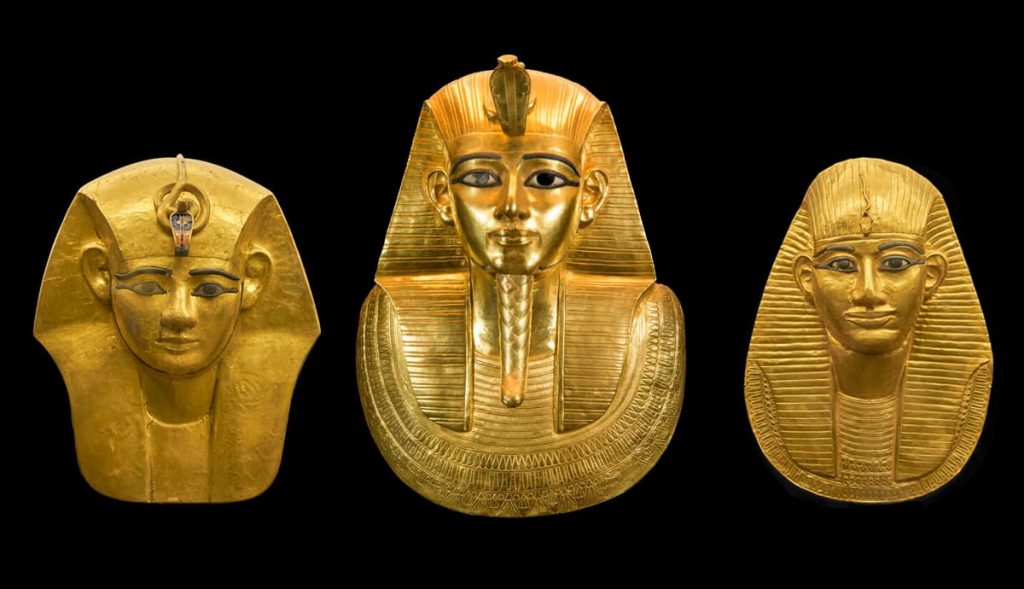 The Step Pyramid of Saqqara

There is one name synonymous with the complex of Djoser and the Step Pyramid of Saqqara, not only Egypt’s first pyramid but the world’s first building in stone. That is Jean-Philippe Lauer, a great French architect and archaeologist. He began excavations at Egypt around the age of 18 in the 1920s – and continued work at Saqqara for more than 70 years until his death at age 99 in 2001.

Through 20th century, he was considered the foremost expert on pyramid construction techniques. Much of his work at Saqqara focused on reconstructing, theoretically, many of the buildings in the Djoser complex. He lived to be about 99 years old, and spent 70 of those years in the pyramid field at Saqqara.

Lauer was born in Paris France to a wealthy Alsatian family. He studied architecture, but due to poor prospects for young architects in post-war France, he came to Egypt during that golden age of archaeology and Tutmania. He never left!

Lauer’s legacy after 75 years in Saqqara is tremendous: the restoration of Djoser’s Step pyramid and mortuary complex, in particular the serdab, the great enclosure wall and excavations of the subterranean chambers of the step pyramid with its three stunning blue faience chambers. 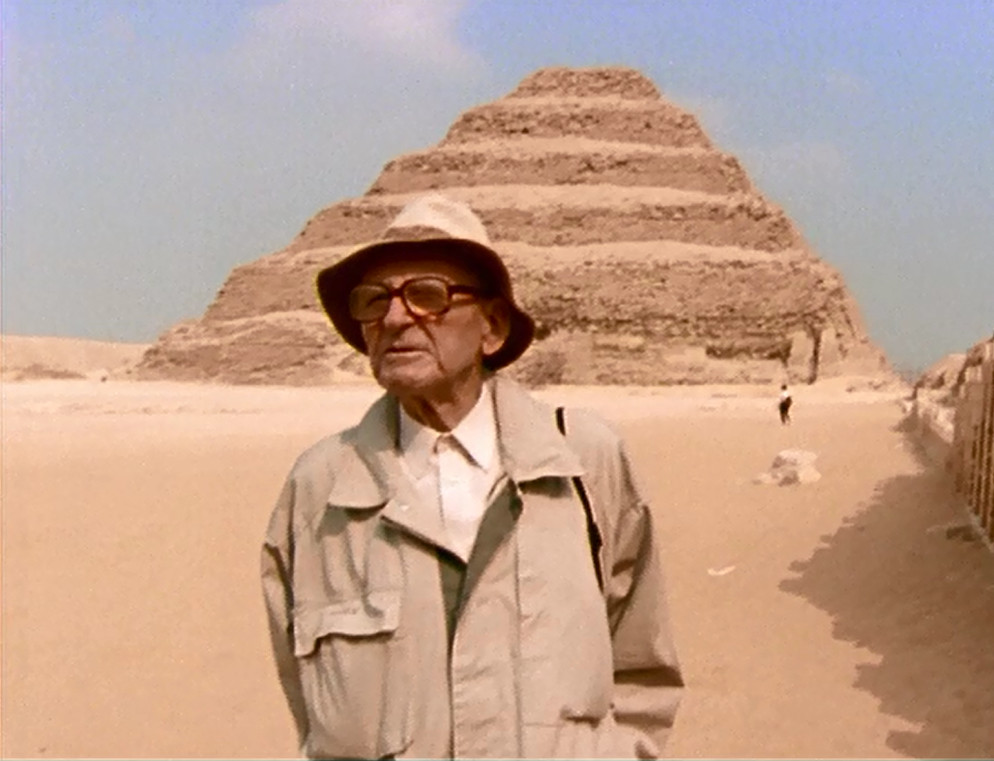 The journal of Merer, Khufu’s shipman – the oldest papyrus ever found!

If you haven’t stayed up to speed with Egypt discovery news in the last few years, you may not have heard of Dr. Pierre Tallet. But he is a great Egyptologist that will now go down in history.

Born in Bordeaux and intensively involved in fieldwork across Egypt since 1994 (Karnak, Deir el Medina, all the way to the Bahariya Oasis), he is today Chair professor of Egyptology at the Sorbonne in Paris.

It was at Wadi el Jarf on the Red Sea, however, that Tallet made his mark in 2013.

Tallet and his team discovered the longest and oldest Egyptian papyri ever discovered, (c. 2550 BCE) in a cave at the ancient harbour of Khufu – Wadi el Jarf on the Red Sea. Upon translation of the ancient text, he discovered this was the personal journal of Merer a seaman whose job it was to transport limestone blocks via ship to the great pyramid of Khufu.

The document is today shedding tremendous light on the Giza plateau and the building of pyramids under Khufu and Khafre. Even more…it may soon lead to the discovery of Khufu and Khafre’s lost royal palaces on the plateau. 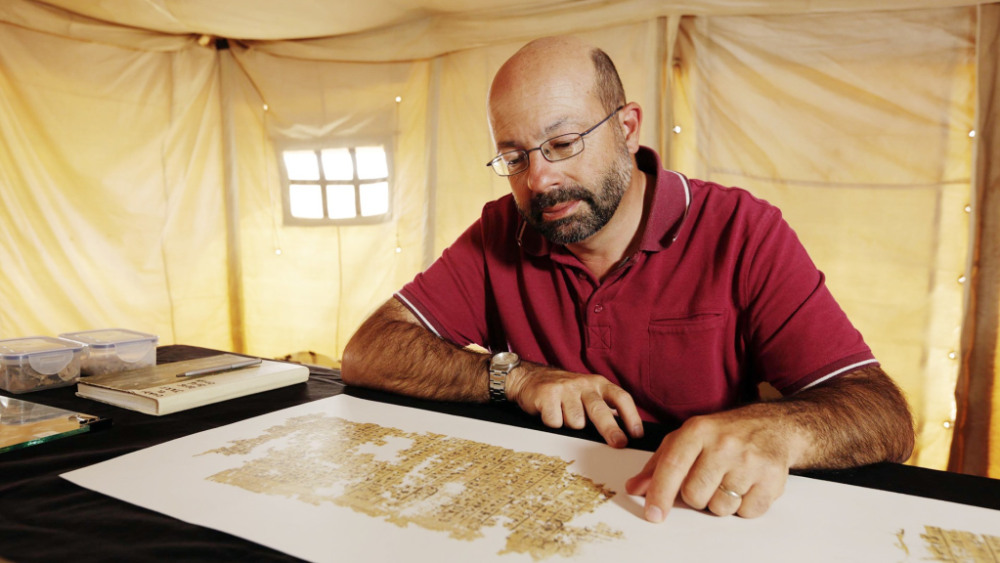 The Linguist Who Cracked The Hieroglyphic Code

It’s one thing to discover the Rosetta Stone, (the great stele engraved with three different scripts: greek, hieratic, and hieroglyphics). Quite another to solve the mystery of their hieroglyphs – opening up a tidal wave of insight into Egyptian civilization.

Jean-François Champollion was no doubt a child prodigy. A Mozart of linguistics.  Born in Figeac in south-western France, by his early teens had mastered no less than 6 ancient languages.. In 1807 he went to Paris, where he studied at the School of Oriental Languages and the Collège de France,

In the early 1820s, he used a French copy of the Rosetta Stone texts to crack the code and become the first to translate Egyptian hieroglyphics, in a heated competition with the British. His edge? A knowledge of the ancient Coptic language which he correctly believed was derived from hieroglyphics.  Champollion published his results in 1824 as Précis du système hiéroglyphique des anciens Egyptiens, figuratif, idéographique et alphabétique.

The first “Egyptologist”, he also became curator of the Egyptian collection at the Louvre in 1826. Then in 1828, he conducted an archaeological expedition to Egypt (hoping to find an untouched tomb in the Valley of the Kings  – but no such luck).

Champollion received the chair of Egyptian antiquities a title created specially for him, at the College de France (1831). In addition to an Egyptian grammar (1836–41) and dictionary (1841–43), his published works are numerous, although he died young — age 32 — of a stroke. Today, Champollion is recognized as the first to formally decipher the ancient text – and for that reason is heralded as the founding father of Egyptology. 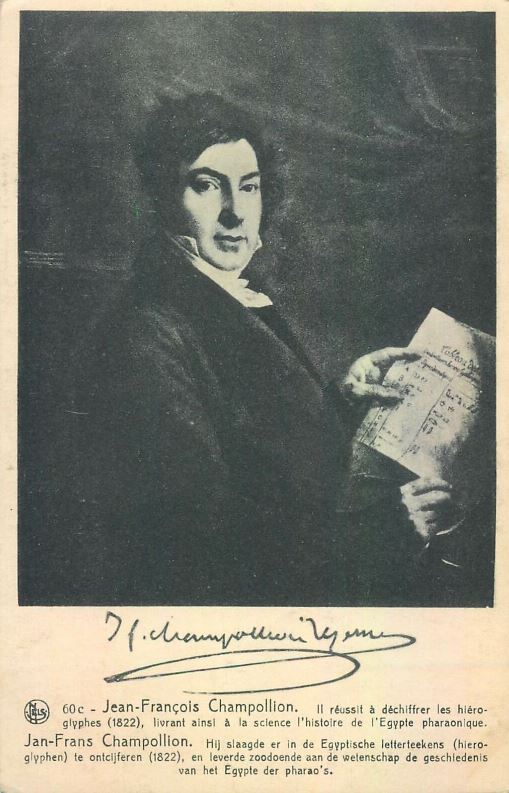 Auguste Mariette was not only a great Egyptologist, scholar and museum founder, he was responsible for curbing the widespread plundering of ancient sites in Egypt. Including mummy sales on the black market!

What’s more, he’s credited as the founder of modern archaeological excavations, and the preservation of Egyptian monuments. Interestingly, his early life was spent as a teacher of French and drawing in Stratford, England.

Born in Boulogne, he came to Egypt in 1848 at age 30 to buy papyri for the Louvre. He never left. Over the decades, he led several dozen archaeological excavations throughout Egypt and Nubia, paving the way for the founding of the French Institute of Oriental Archaeology in Cairo. Mariette was appointed by the viceroy to be director of the Egyptian office of antiquities and chief supervisor of all excavations.

He takes the number one spot on our list due to the great number of significant excavations and antiquity controls in Egypt, during the “wild west” era of treasure seeking. These include:

In 1860 alone, Mariette set up 35 new dig sites, whilst attempting to conserve already-dug sites. Interestingly, he also participated in writing the libretto for the opera Aida, by Verdi.

Any doubt to how much Mariette looms large in the history of Egyptology need only to visit his magnificent tomb and memorial in the courtyard of the Egyptian Museum in Tahrir. His legacy in Egypt is felt everywhere. 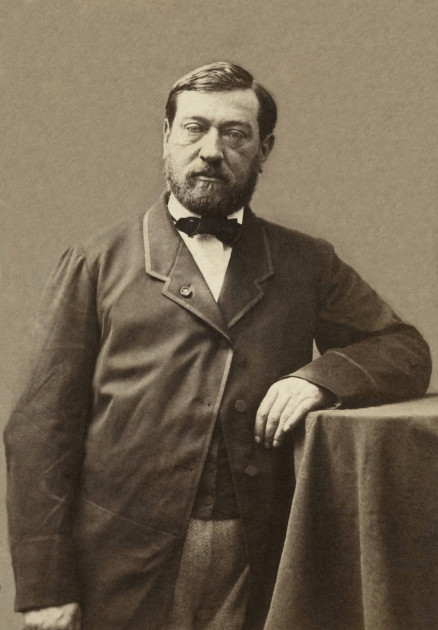 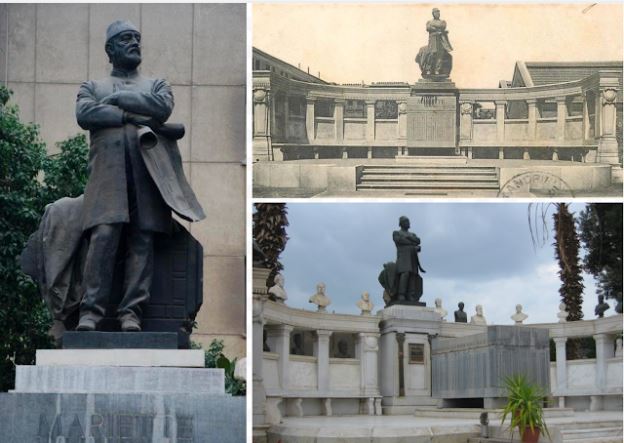 But what about Loret, Maspero, Brugsh – and Frederic Caillaud? Yes – so many other great French Egyptologists, explorers and excavators we could celebrate – all with magnificent achievements in Egypt.. Too many to even mention, but honourable mention to them all!

Today, French Egyptologists continue excavation and restoration work in Egypt, following in the footsteps of the greats of the past.

Notably, they are working at Deir el Medina, Tanis, Wadi el Jarf, Karnak, the Ramesseum – and a number of Ptolemaic era sites.

Interested in learning more about the impact of the French in Egypt – from the Napoleon expedition to Mariette’s great excavations? The obelisk in Paris to the Suez canal?

Join us for a very special four-part lecture series Tuesdays in June: 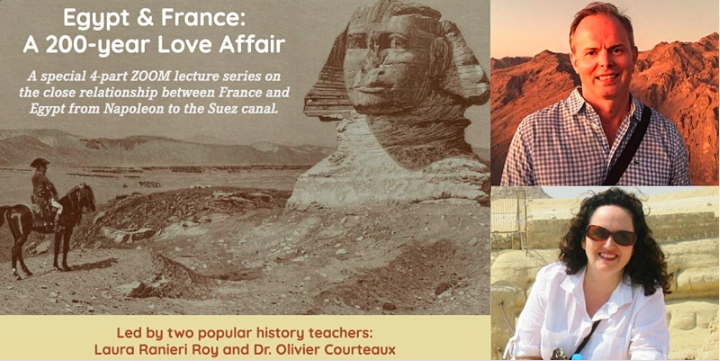